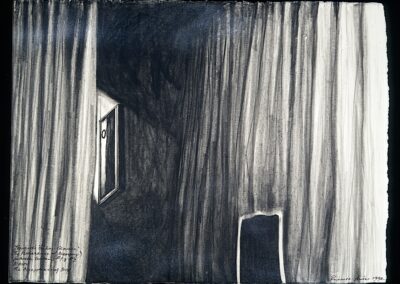 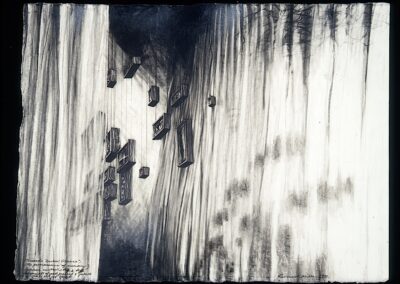 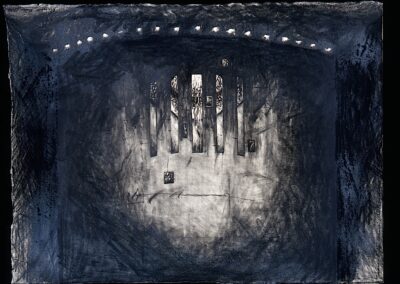 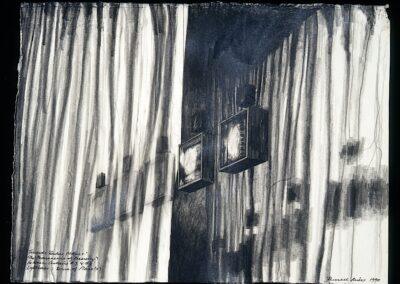 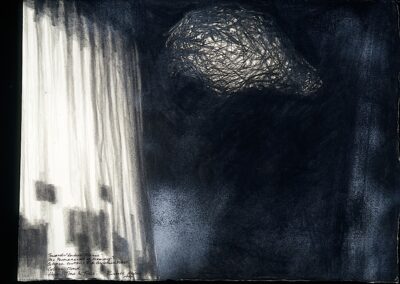 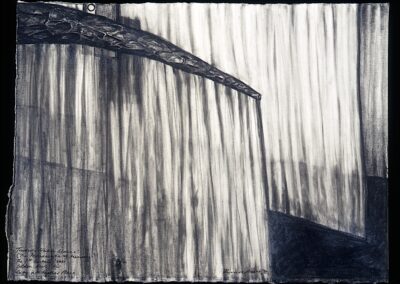 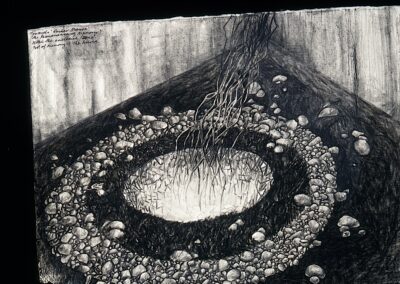 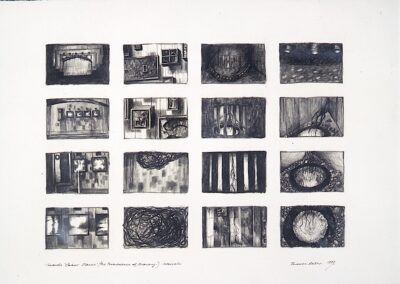 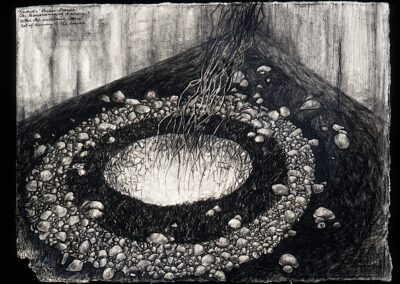 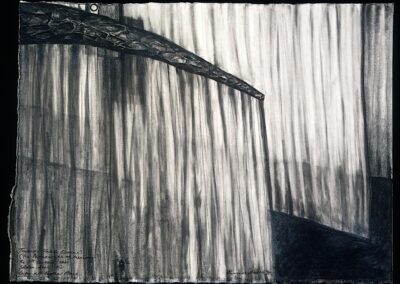 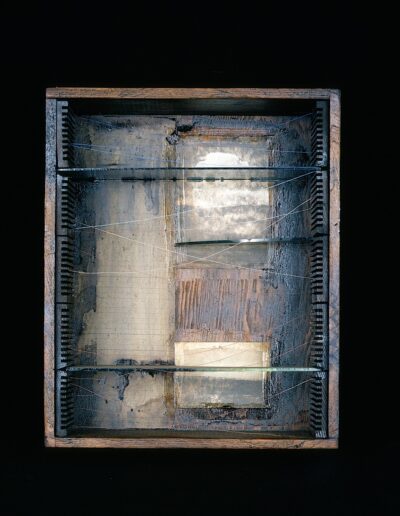 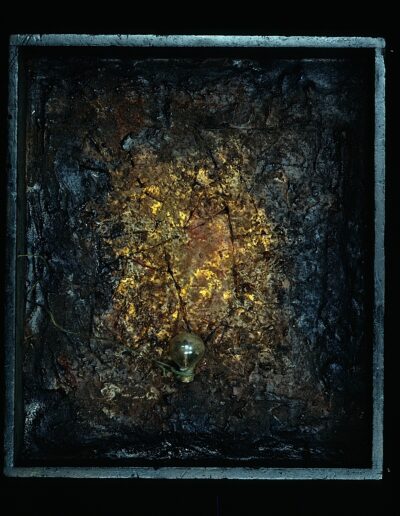 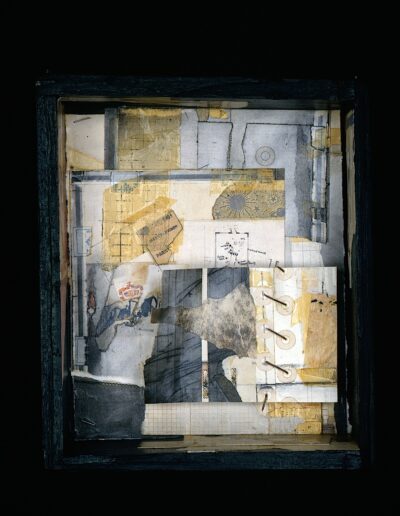 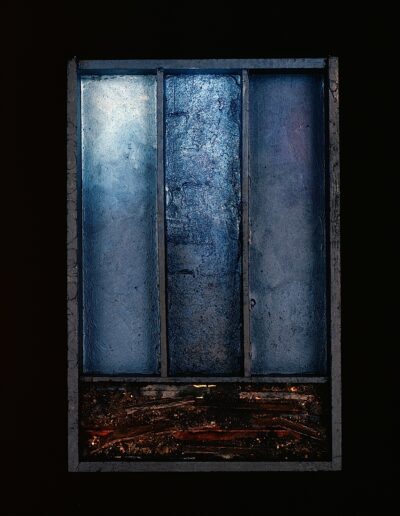 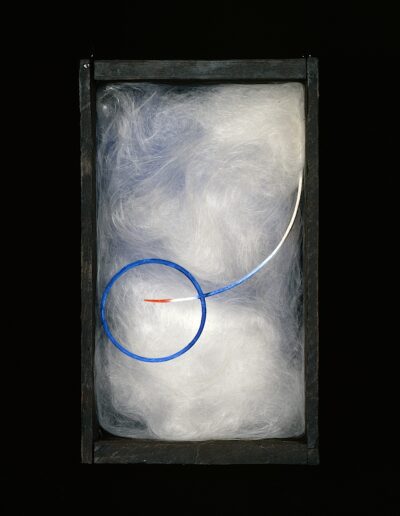 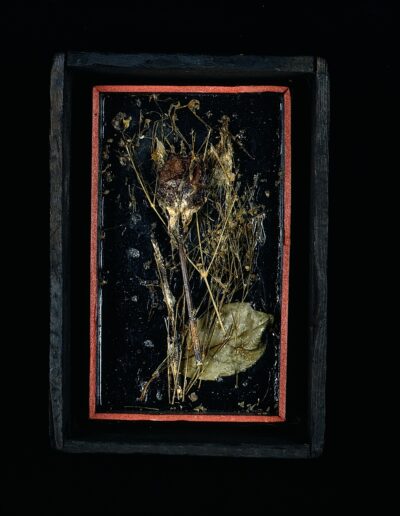 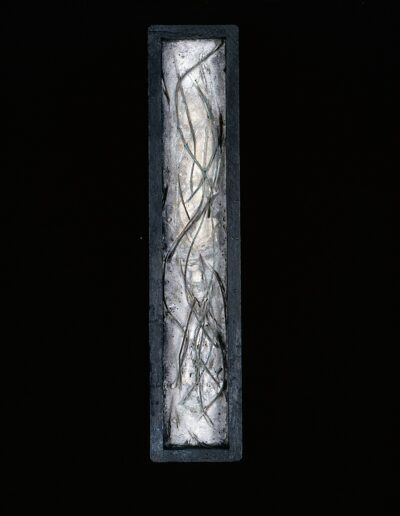 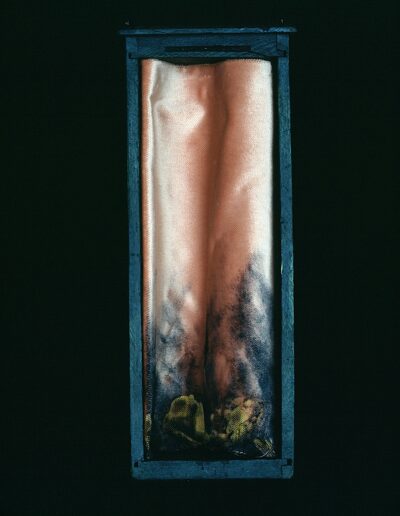 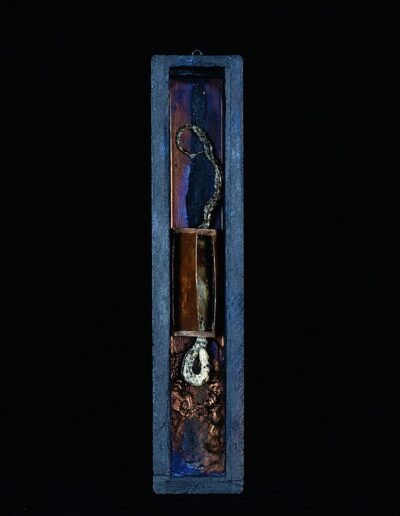 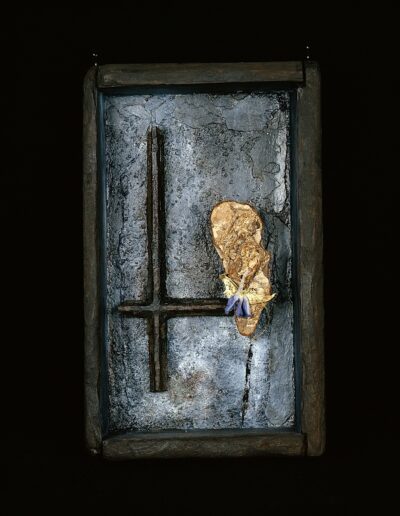 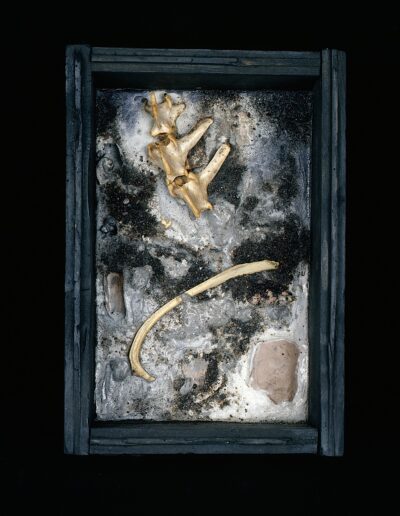 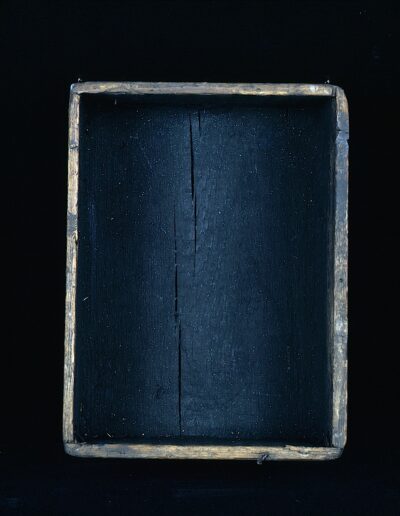 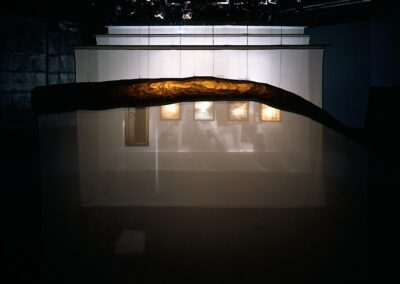 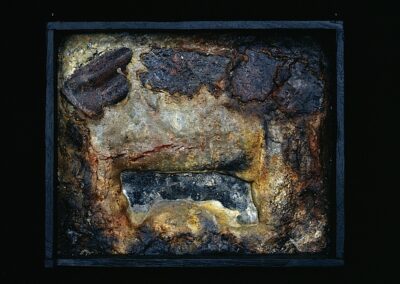 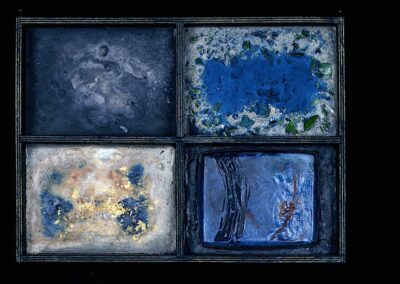 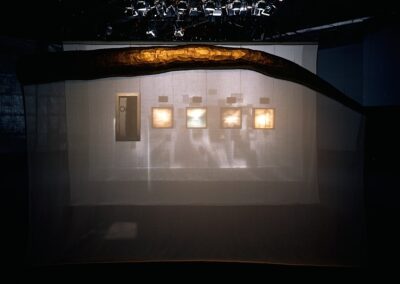 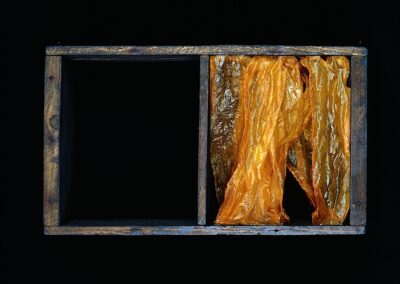 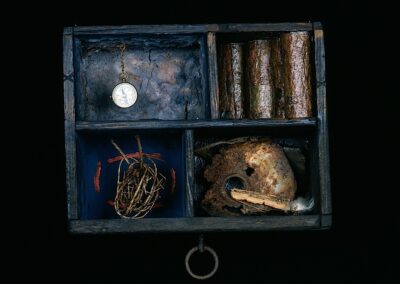 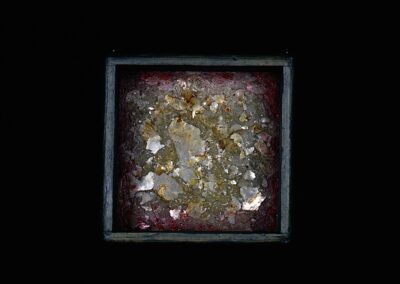 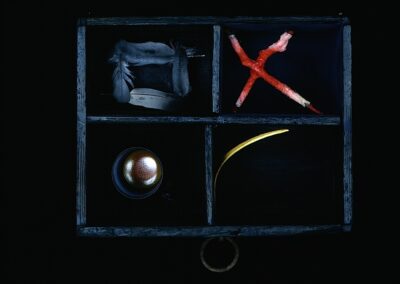 Ember Glance: The Permanence of Memory

Space FGO-Soko, Tokyo, Japan  Collaborative installation with David Sylvian and Ian Walton, with soundwork by David Sylvian with Frank Perry and Dave Kent
Sharks tooth theatrical gauze, canvas, wood, Russian vines, hand made and hand-painted mirror, five 61 x 61 cms lightboxes, 15 x 61 x 61 cms hand-processed transparencies, 24 mixed media assemblage boxes, bones, feathers, gold paint, stones, earth, sand, water, aquarium pump, generative lighting system, sound mixing desk, amps and 42 speaker sound system.
Ember Glance sought to address the importance of memory in our lives, using various forms of recollection to structure the viewer’s experience of the installation. A mirror established the main theme of the installation, being the confrontation with the self. Layered lightbox images suggested conscious memories of the past, our sense of historical distance and the specificities of place. 24 assemblage boxes represented fragments of individual memories (in this instance, Mills’ own), keys to trains of association and remembrance as charged and as personal as Proust’s famous madeleine.
At the heart of the installation, largely concealed by an enormous stained canvas wall, was a “pool of memory”, the source, of unconscious collective memory and the buried ancestral origins of what and who we are. Visitors progressed through curtains of shark’s tooth theatrical fabric, which divided and defined each zone of recollection. Discreet changes in lighting caused these to dissolve from opaque walls to transparent veils. From the domain of officially sanctioned public memory, visitors were drawn into the installation to explore their own private inner worlds, a confrontation with a realm of memory that can be sensed, but which remains ultimately inaccessible and unknowable.
From the publication Ember Glance: The Permanence of Memory, Virgin Records, 1991
The quality of art is that it makes people who are otherwise always looking outward, turn inward.

The Dalai LamaThe road that leads to the development of higher levels of consciousness is reached, at least in part, through a process of self-questioning – the quality of these questions being in some ways more important than the answers. I believe that one of the main functions of art in society lies in its capacity to bring about subtle shifts of perception, possibly influencing the quality of the questions we ask as a result. The shift from unconscious, outward projection, in which all events are viewed as external to the self; to a conscious, inwardly connected and more unified response is vitally important. It is through such a reorientation that real and sustainable change can begin to come about, in the individual and, consequently, in society.

These ideas have informed my work in music for a number of years now. My initial fascination with this project lay in the challenge involved in attempting to create, in three dimensions, a piece eloquent and potent enough to allow such an experience to take place. David Sylvian, London, May 1991.

Ember Glance: The Permanence of Memory examines ideas of space, time and memory. We hoped, using sound, light and objects (found, made and manipulated) detached from their normal contexts and set in a theatrical space free of the usual associations, to suggest that memory in its richest sense should be central to our daily lives.

Memory is triggered by small events, minute particulars rather the general, the wonder of the commonplace rather than the epic. Our unconscious absorption of tiny fragments of stimuli – colours, sounds, smells, tactile impressions, snatches of conversation and half-glimpsed exchanges – feeds the imagination.
In memory, as in music, poetry and film, nothing is fixed. Time flows in any direction. Spatial and temporal time are fused: the past coexists with the present, the instant with the eternal, fantasy with reality. Memory knows no edges or boundaries, either physical or chronological. It provides continuity, giving shape to the known and substance to the speculative unknown. It is a filter for energies that connect us to our individual roots.