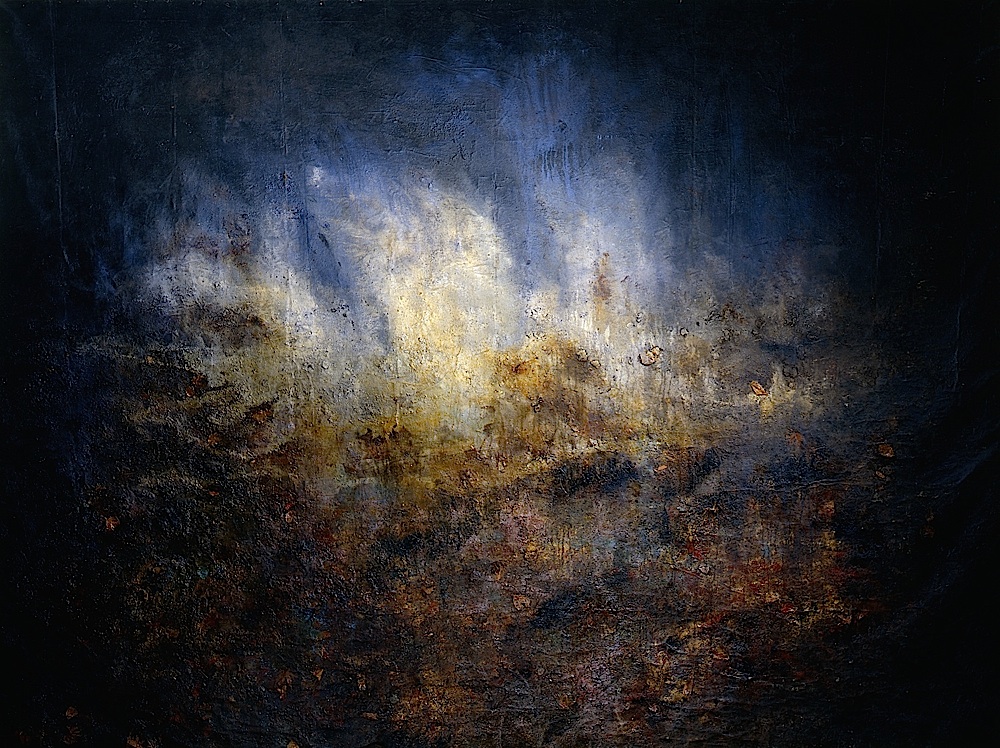 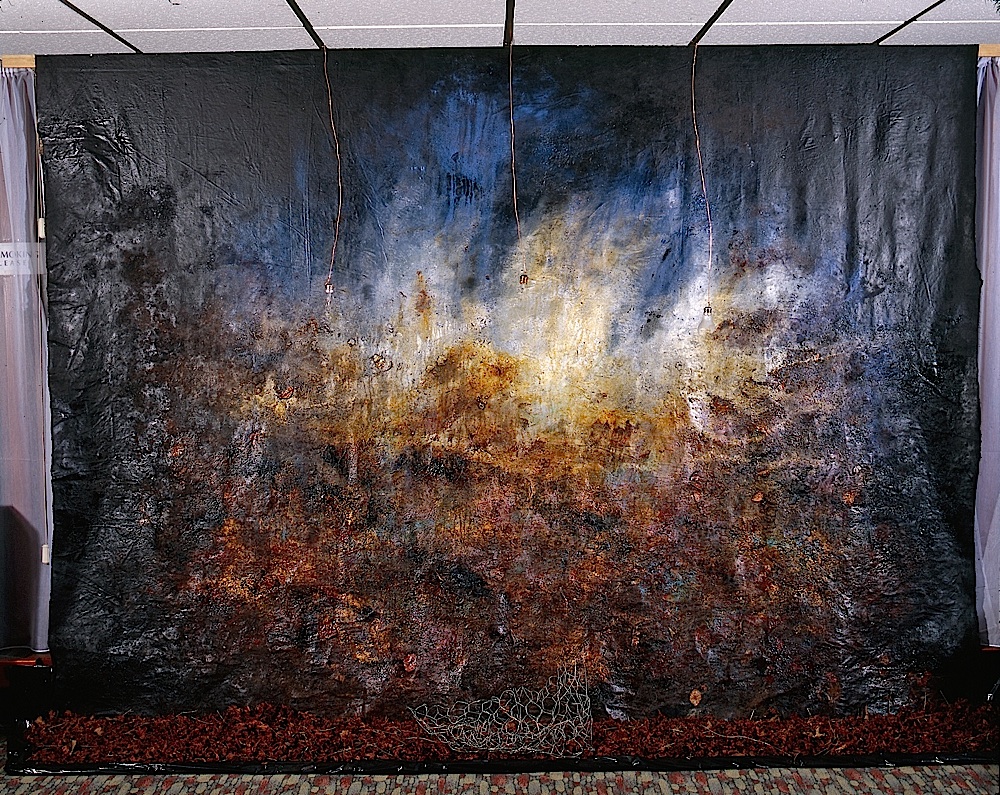 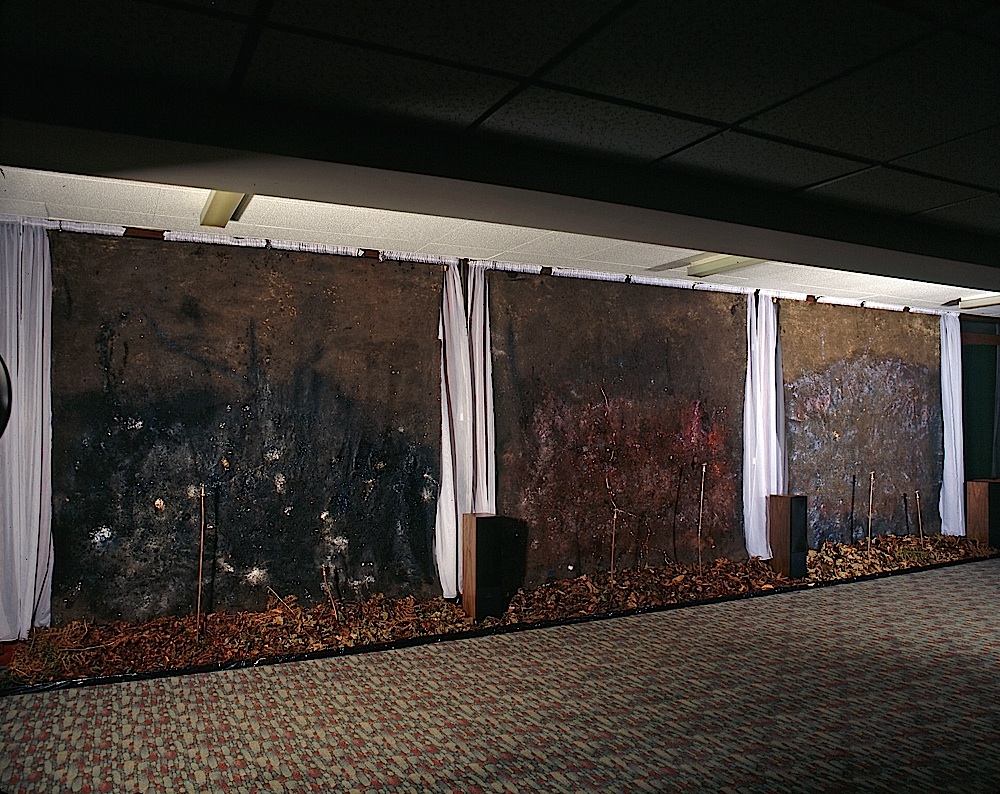 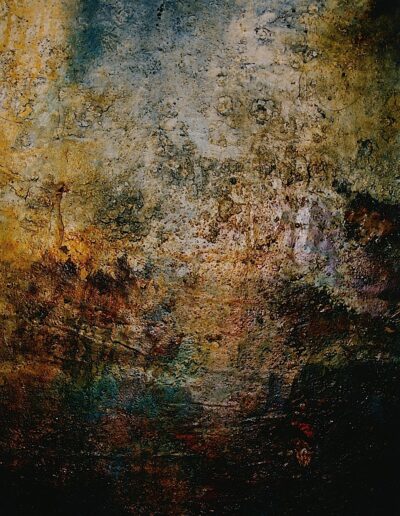 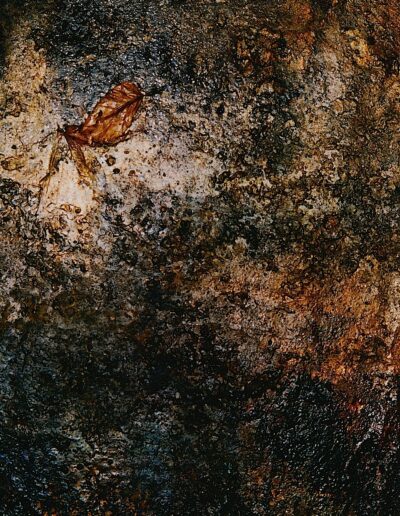 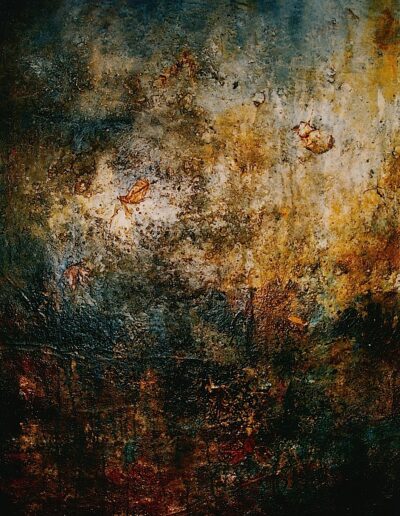 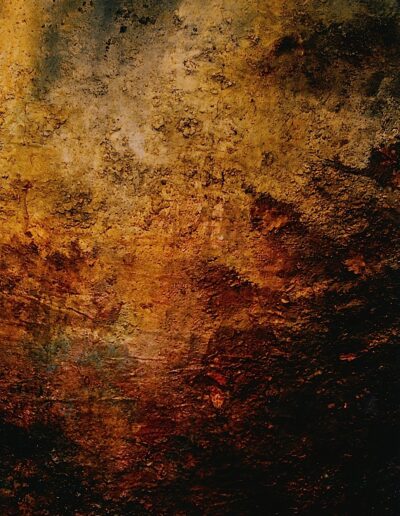 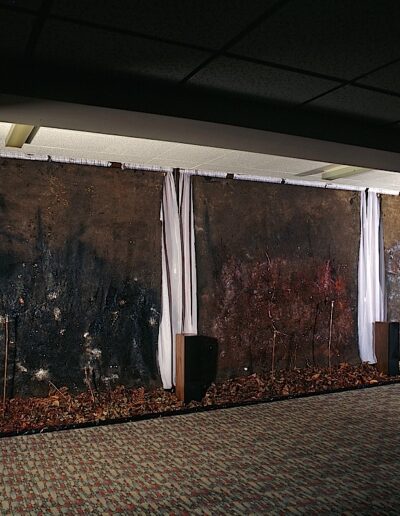 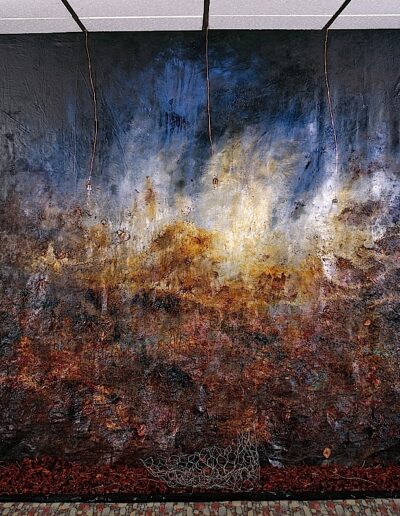 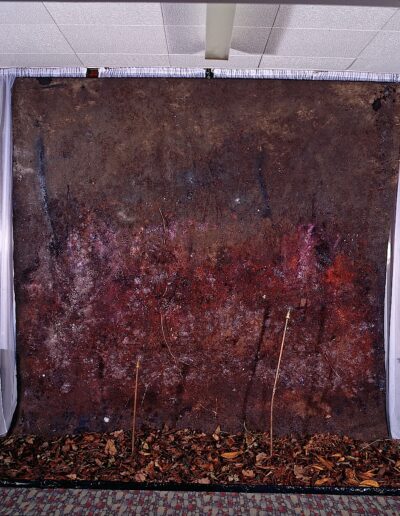 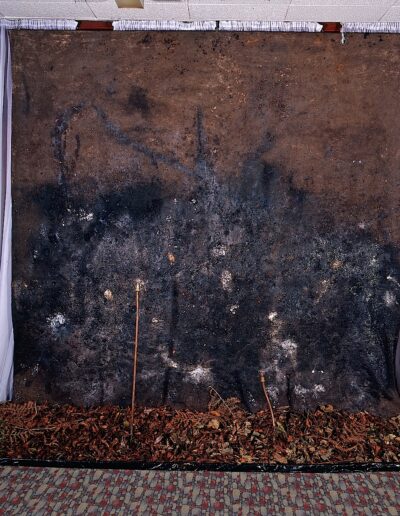 Mixed media paintings, box assemblages, rusted corrugated metal sheets, leaves, copper tubes, lights, asynchronous eight CD x 16 speakers surround sound system
While Between Two Lights was the opening event of the 1994-95 Ambleside Mountain Festival, it was not specifically concerned with mountains or mountaineering, but rather with the matter of land, not as pastoral or epic landscape but as phenomena, as school, instinct, sustainer, inspiration, danger, beauty and as wonder.
The mysteries inherent in land’s ceaseless transformations are revealed in nature’s means of quietly overwhelming artifice, in man-made objects and structures being slowly changed by unseen entropic forces. Moss and lichens invade territories, soil and rocks cause erosion, wind and water shifts, scars and weathers everything. Similarly, evidence is preserved by nature’s chemistry; bodies and objects preserved intact in the unusual acids of peat bogs and traces of former communities ghosted beneath the land’s mantle, provide pictures of living realities from mysterious or little known histories. Ideas of organic matter and of processes of becoming out of dissolution were explored using some of these natural materials themselves, including earth, leaves, humus, wood, copper and plants. Their use was determined not only by their inherent aesthetic beauty but also because of their potential to suggest multiple metaphoric, mythical and symbolic associations.

Using multiple sources of sound, including natural field recordings from in and around Ambleside, archive samples of dialect and music, played acoustic and electronically generated sounds; a ‘menu’ of tracks was assembled. Each track had its own duration differing from all others and each played in its own regular cycle thereby collectively creating a continuous permutation of the individual tracks as they occasionally met and blurred in unpredictable clusters. All tracks ran out of synchronization and theoretically would have taken several years of continual playing before they all returned to synchronisation.
Listeners never heard the same mixes of sound twice. This in-built process of indeterminacy mirrored the concerns of the visual works as they examined aspects of nature’s own cycles of flux.

between night and day + between dawn and dusk + between tides +